The Double Standard Is Alive And Well 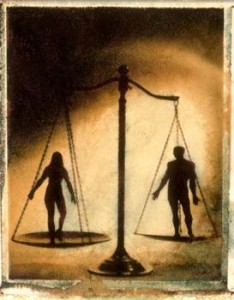 Say What – The double standard is alive and well in the dating game, or the sex game is more accurate. I read an article recently that spoke of the differences in people and casual sex, oral sex specifically. It said how getting a blow job for a guy was pretty common, yet women were certainly not getting anywhere near the same amount of downtown action. Seems a bj is pretty casual and standard, but for a guy to go downtown on a lady he needs to know her better. What utter nonsense, couldn’t think it true, but it is. 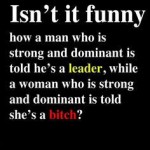 Equal Rights Orgasms – A guy I chat with said the same thing, how he gets bj’s all the time and expects them-yet he’d never go down on a woman the same way unless she was a girlfriend. I couldn’t believe what I was hearing, yet he was so matter of fact about it. He said they didn’t ask either, so it’s not like he was declining them when they asked, but I wonder, why are they not? Why is a woman’s sexual desire or needs any less than a man’s? Does a woman need to feel she knows someone better before allowing that level of intimacy? Yet why is it different to give one to a guy casually? I don’t understand. 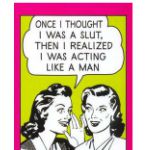 Going Downtown – Just a generation ago, oral sex was considered a lot more intimate than intercourse, and not something that would be doled out so casually, yet since the rise of AIDS, it’s seemed a safer option than full on sex . And lest we forget the, “I did not have sexual relations with that woman…” (In other words, she gave me a bj, but I didn’t fuck her.) So oral is thought of by many to not even BE sex. It’s a confusing world these days, but I just don’t think it’s fair that women are seemingly doing all the giving and are apparently content to do so. It’s important to reciprocate, or don’t ask or expect someone else to do something you’re not willing to yourself.