“Thou shalt not put instrument of the devil (phone) to thy ear whilst manipulating thy genitals for lascivious purposes.” – Sharon Somers

You’ve Got To Be Kidding Me – Now it goes without saying I’m an atheist, I have little use for ones living their lives by a book of fairy tales and imaginary sky fathers, it’s quite laughable to me and I’ve seen the lives and families torn asunder by religion. I’ve often thought that animals in a great many ways have more sense than people. They don’t get down on their knees and pray to an imaginary being, they don’t feel guilty for mating, it’s just part of them, part of their instinct, they just do it and get on with life. Yet they interact with each other, have a pecking order, they get along fine without a lot of the nonsense that people seem to need to incorporate into their lives. 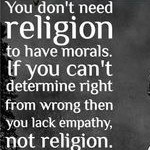 Get Your Heads Examined – If one can look at the above picture and not get just how absurd some of us people are, I don’t know what to tell you. That some parents terrify their children into thinking they will go insane or blind from touching their own bodies, well not so much now, but in the past, less than 100 years ago. And even now in today’s world, female genital mutilation is continuing on in many cultures because they wish to dissuade their daughters from lustful, dirty thoughts, fantasies and actions. Cut off their clit, problem solved, she has no sexual pleasure, so she will remain chaste. Sickening. 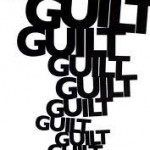