Don’t Be an Incel Idiot 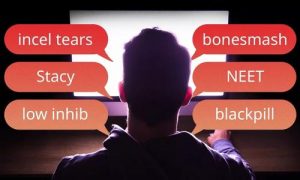 Don’t Be an Incel – There’s been a lot of talk online about people who can’t get laid. These people, mostly men, have found a place on the internet where they can share their sorrows. Many of these guys talk about violence towards women. Their inability to get laid has made them feel violent towards whom they feel are responsible. Some have even acted out on their violent thoughts. This is highly inexcusable. Just because you can’t get some pussy shouldn’t mean others have to suffer.

Too Lazy to Hunt – Do you think you’re one of these guys who can’t get any action? If you think that way, you’re wrong. Almost every single guy reading this can get some pussy. Almost is the keyword because some guys are way too lazy to score in the sack. There’s plenty of women out there who want to fuck. You just need to hook up with the right ones. They aren’t going to come to you. If it were that easy, no guy on planet earth would ever jerk off again. Sometimes you have to settle for less than ideal during dry spells. Not every chick you bag will be a perfect ten. You’re going to have to lower your standards. This is a far better idea that getting pissed off and spouting bullshit online. That’s what quite a few guys are doing these days instead of working harder to get their dick wet. It’s kind of sad really. It’s even more sad when those people turn to violence. At the end of the day, you just want to fuck. That’s it. Search for someone who wants the same thing. If you live in a big city, there’s going to be plenty of women who are looking for sex. If there are things getting in your way, fix them. Get a better job so you can afford to take women out. Lose some weight and make yourself look attractive. Hit the gym and work on your appearance. 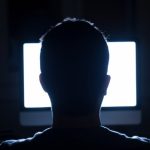 Search Harder – It’s very rare in today’s world that a man can’t get some stink on his dink. Take a look around at all the guys who have ugly chicks on their arm. Those girls are holding the guys over until they find something better. You don’t have to hang your head in sorrow. Go out there and get yourself some tail. Whatever you do, don’t act violent towards women. It’s not their fault if you’re too lazy to get some action. There isn’t a man reading this now who couldn’t at least get a handjob if they tried hard enough. Keep your chin up and your eyes open for any and all opportunities to hop in the sack. The last thing you want to do is miss out on a golden opportunity to bust that precious nut of yours.