Find The Time For Sex – Sex during the holidays can be a tough chore. Some may even think that it’s impossible to have a little fun in the sack during this busy time of the year. Just because it’s the holidays doesn’t mean you get a pass when it comes to sex. Couples need to have sex regularly to keep their bond strong and a sense of togetherness alive. The purpose of sex is about far more than just satisfaction. It is the glue that holds you together and maintains the magnetism of your relationship.

Pencil It In – Here are a few ideas on how you can sneak some sex in during the holidays. Hire a babysitter. Make sure it’s someone you trust and not just anyone off of Craigslist. It would be best to hire someone who is a close family friend or relative. You’re not going to need them for an extended period, and someone you know may even do it for free. Have a quickie during your lunch break. Who doesn’t love getting laid halfway through the workday? You can be like teenagers all over again. If you have the time and cash, then you can rent a motel. If not, do it in the back seat of your car. Whatever you do, don’t get caught. Your boss probably won’t spring you out of jail if they learn you’re in there for indecent exposure. Plan sex like you do everything else. Successful people plan everything and sex needs to be penned into your schedule. Time is more valuable than money, and people who waste it are fools.

Orgasms Relieve Stress – If you aren’t getting laid during the holidays, then you’re not having spontaneous sex. Planning your sexual encounters won’t take the thrill away from something that you’re not experiencing. There has to come a point when you realize that pre planned sex is better than no sex at all. Do your best to get laid this holiday season. The holidays are a stressful time, and there’s nothing you can do about that. They’re going to be stressful, and that’s just the way the holidays are. You can make them less stressful by having sex. The power of an orgasm will make your stress melt away, which is another reason why you need to hop in the sack and get your groove on.

Baby It’s Cold Outside – A lovely, catchy Christmas song from the 1940’s is all of a sudden too much for the liberal snowflakes and #me too morons to be able to take. Aww, my heart bleeds for the frustrated, social justice warriors – NOT! I, the owner of this website Climax Connection, am continually horrified at how this world is going. This recent latest nonsense about an old song literally made my jaw drop. I won’t get too deeply into my politics on this site, since it’s really not the time or place to do so, but I am quite and proudly Right Wing, so lunacy like this outcry over a song has literally made me shake my head in disbelief. I would not have thought such a thing possible.

Changing Times – Although I wasn’t around during the 1940’s, I’d pretty much stake my life it was a happier time than it is now. As is the case with things from the past like books, music, heroes, the SJW’s of today feel they need to apply today’s standards against things written decades before even their parents were born. Statues of war heroes removed, books removed, movies like Disney’s Song of The South, all these things are now considered politically incorrect. Mostly by the vocal minority. Most don’t care, but the ones that do carry on about it like it’s the most horrible thing to happen and they will not rest until it’s removed, changed, edited, or preferably destroyed. Common sense has long gone out the window. 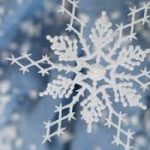 Not Everyone Is Offended – If you are not offended, then you are the enemy of the Left. You will be ostracized, silenced, shamed, outcast, fired. You know, like Roseanne Barr and Paula Deen. Guess what, I am not offended by the now apparently controversial Christmas song. If I owned a store, I’d be playing various versions of it from opening until closing to counter the idiocy of the ones that now feel it’s totally inappropriate and should be removed from the Christmas playlists. If you’re offended by it, you seriously need to get a life and not worry about an old song. I would expect Every Breath You Take by The Police will be next on their hit list, since it’s about a stalker. Merry Christmas to all, but a less merry one to the liberals, democrats and globalists!

Valentine’s Day For You and Your Lover

A Day Of Romance – Valentine’s Day will be here before you know it. Guys often make the mistake of thinking that this is just another commercial holiday. A day meant for nothing more than spending your money. There may be some truth in all of this. That’s not the way you want to approach this day though. If you do, be prepared for all out war. Your woman is never going to understand why you think it’s not a good idea to celebrate a manufactured holiday. Don’t even think about going there.

Symbols Of Love – For most couples Valentine’s Day is about more than just expensive gifts. It’s a day where you can celebrate your relationship. You can openly discuss why you’re in love with each other. This is the true value of Valentine’s Day. A box of chocolates or even holiday sex is less important than this. That may seem far fetched to all of you who very rarely get any action. It truly is more about more than just a quick romp in the sack. People need to have the reason why their partner loves them reaffirmed. It’s sad to think that a holiday is the day most people will choose to do this. 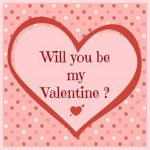 Express Your Love – The most important lesson about Valentine’s Day can be learned simply by listening. Take a moment and share with each other why you’re in love. Don’t be shy and never hold back. You shouldn’t need a special day of the year to tell your partner why you love them. This should be done every day. Not everyone is good when it comes to expressing their feelings. This is something that every person needs to get use to. The relationship cannot grow if there is no honesty. There will be times when you need to tell your partner that you’re not happy. Just like there will be times when you tell them you’ve never been happier in your entire life. The full spectrum of emotion should be expected throughout the duration of any relationship.

Enjoy The Love – Take this day and enjoy it the way you see fit. Splurge and buy your partner something they like. Take a moment that just a few minutes to yourselves. Reaffirm to each other the values of your relationships. Love is the most beautiful thing any human will ever experience. The hope should be that you get to enjoy it every day and not just once a year. Work towards this and make every day Valentine’s Day. It’s not easy, but to reward is well worth it. 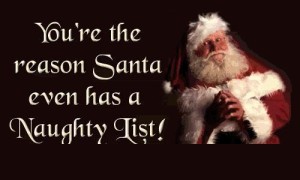 Orgasmic Christmas – December is really the prettiest month of the year with all the decorations and lights, so it can be more romantic than usual with all the pretty things about to look at and people dressed up in nice Christmas outfits and going to Christmas parties. According to statistics, nearly 60% of people have had sex at an office Christmas party when inhibitions are down and the booze is flowing, so at least someone is getting some time to be naughty! Drunken acts we may regret of fucking co workers and having to face them in the New Year, maybe think twice about that, you don’t want your job affected or strained working relations with people. 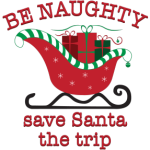 Trick Or Treat – Adding some costumes to your lovemaking routine can absolutely kick things up a bit excitement wise in the bedroom. Not everyone is into fancy lingerie or costumes, but once a year for Halloween, it can be a festive change of pace you and your partner might both enjoy. The choices are endless these days due to the availability of online shopping and everything being only a few mouse clicks away. 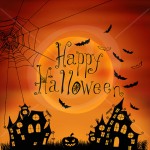 Spice Things Up – Having a partner look a bit different can be a very good thing, as wonderful as steak is, do you really want it every single night? No, of course not, costumes and wigs and anything that makes things a bit different and out of the ordinary will help the two of you keep things filled with variety and not routine and boring. So many couples that are married don’t even have sex anymore. I can’t even count how many callers say they haven’t had sex in many years or even decades, yet they for some reason stick around. If someone made an effort to be innovative or romantic, they might not be living like roommates. 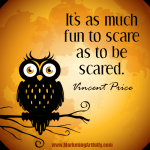 Tricks Aren’t Just For Kids – You’re never too old to play dress up and have some fun, Halloween isn’t just for the kids, it’s actually become more of an adult holiday the last few decades than it ever was before, and dressing up isn’t just for the elementary aged school set, you can get some racy costumes and have fun doing all sorts of naughty things with your partner. It’s not too late, see what you can come up with for this weekend and enjoy the big day and even bigger night.