Don’t Fence Me In

I Swing Both Ways – One of the wonderful things about online fun is you can explores facets of of your sexuality that in real life you might be a bit reluctant to. Many of us define ourselves as gay, straight, virgin, celibate. Sexuality can be very fluid, and not so clear cut as many like to imagine it is. Sometimes just the right time, the right place, the right person and things can unfold we hadn’t planned on or bargained for and seem very natural. 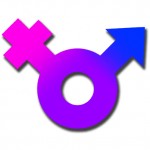 Double Your Pleasure – Many members on Climax Connection do list themselves as bisexual on their profile pages, yet many times in real life they might not be so quick to state that to people that might not be as understanding. We are very glad lesbian and bisexual women, and gay and bisexual men, feel comfortable here to express themselves and indulge in online fun with likeminded others. On an adult community website like this one, you will no doubt be able to find others of like mind that you can indulge your kinks in and find some pleasure and happiness, lasting or fleeting. 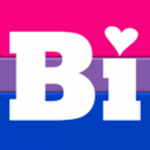 Tolerance & Acceptance – It’s unfortunate that people in all countries of the world or all religions didn’t accept people as they are and make people feel shame, doubt and hide who they are. We welcome people with different kinks and encourage them to find others of the same mind to play with and enjoy each other. Everything in this life is not black and white, it is indeed many shades of grey, including if you are a bisexual. Even totally straight people can have sexual fantasies and dreams about ones of the same sex, that’s very normal. So be yourself and indulge your passions.

Click the player to listen to the blog being read.

I Can Go Either Way – One thing many have remarked about Climax Connection is how many gay and bisexual members we have, especially the ladies. I am glad we make them feel comfortable and free to explore and be themselves here. Many online I find are much more adventurous than they would actually be in their real, everyday lives. Much more open to exploring fantasies and scenarios, often with ones of the same sex.

Let’s Try It Out – Many guys I have chatted with over the years have either had cam sex or phone sex with other guys, and likely unknowingly had cyber sex as well with men masquerading as other women. Some though knowingly have, yet wouldn’t necessarily in their normal lives have anything to do with such same sex explorations. I’ve joked to some that it’s perhaps since there’s many more men online looking for online fun than women, that it’s like prison. They aren’t really looking for other men to play with, but with women being in shorter supply, they turn towards other men, who’s available, and make do.

Trust Me You’ll Like It – Some women that are bi or lesbian can be as pushy as men I have found if they have set their caps for you. They will be very pushy trying to get a straight one to play with and really try and convince you that you are only reluctant since you haven’t tried it before, that once you see the gates of heaven open once you play with them, you’ll never be straight anymore! I’ve never phoned with another woman personally, but I have considered it as something interesting to try, who knows…A site like this is a safe playground for ones to explore their fantasies on and we welcome people of all orientations and want them to find what turns them on, even if it’s not something they may act on in their real lives.