Fucking In The Friendly Skies 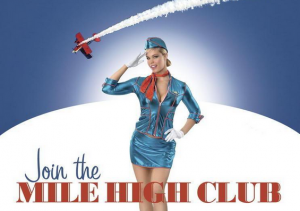 The Friendly Skies – So, you’re thinking about joining the Mile High Club. It’s been a lifelong fantasy of yours to have sex in an airplane. Unless you’re mega rich and can fly in a private jet, this probably isn’t a good idea. Things are different in today’s world of aviation. It wasn’t long ago that people were allowed to smoke cigarettes while on board a plane. Those days are long gone. Security is the number one concern of all airlines these days. This makes sense considering past events and current threats. 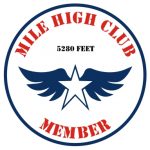 Orgasms at 30,000 Feet – Having sex in the bathroom isn’t really a dangerous thing for anyone. Though, the bathrooms are quite small. You’ll have to twist and turn yourself to get the job done. This in itself must lead to a very uncomfortable sexual experience. Needless to say, the best sex of your entire life more than likely won’t happen in such confined quarters. Any undo stress on the flight crew is unwarranted. Their job is difficult enough. Don’t make it even more so by giving them something more to deal with. They’ve already got their hands full of drunk passengers and those who are in the mood to grope them. You may just end up getting yourself in jail too. They will call the cops on any suspicious activity. Pilots have even been known to make unscheduled landings. Don’t even try to push them to see how far you can go. 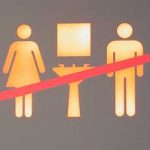 Up, Up and Away! – If you’re not filthy rich, then don’t have sex on a plane. You could possibly cause delays and stir up all kinds of messes. Flying is difficult enough as it is for everyone involved. Don’t make it even more so by creating unneeded havoc. Everyone is concerned about safety and even the slightest concern very well could bring upon some attention that you’d rather avoid.